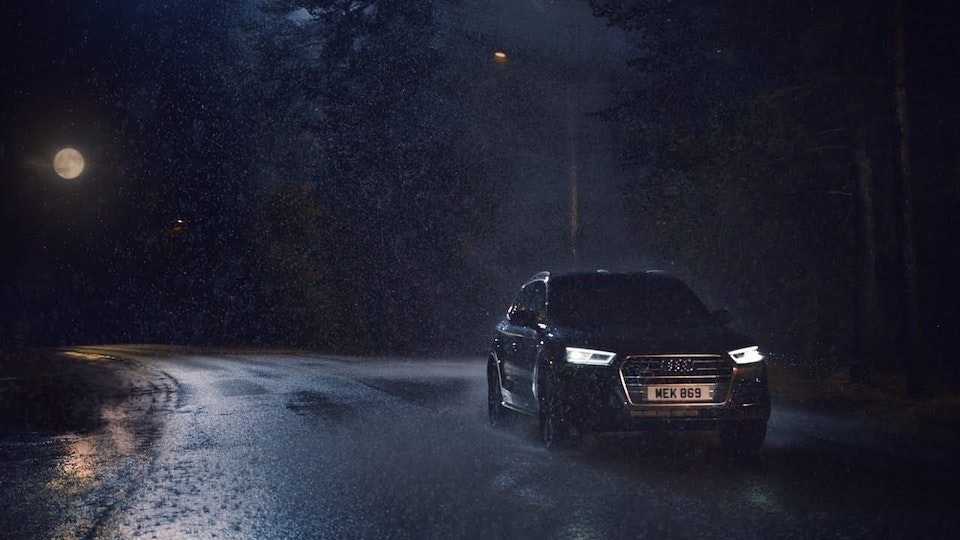 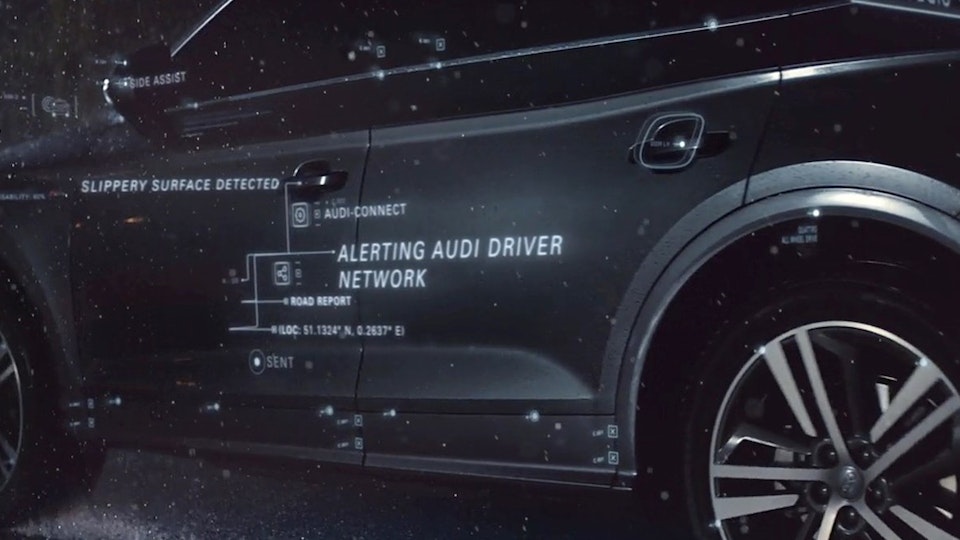 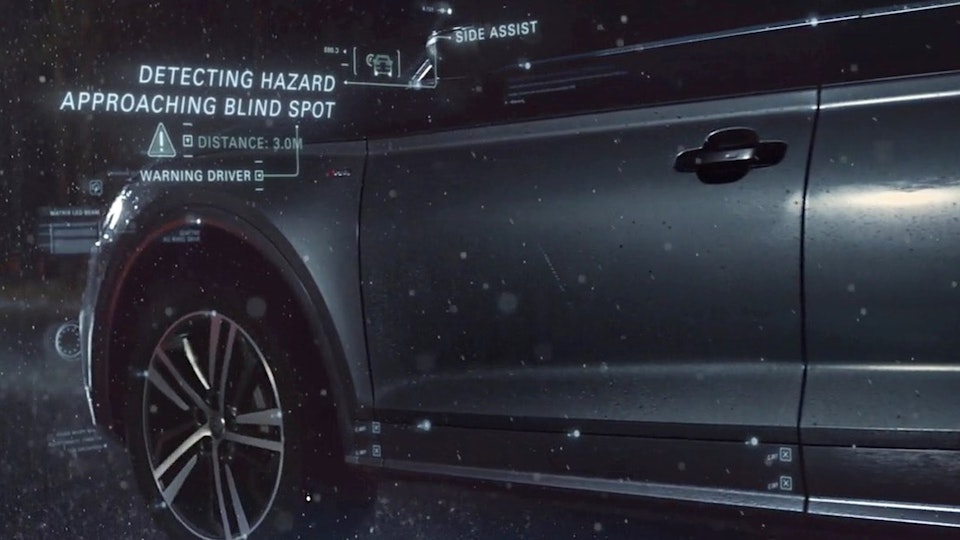 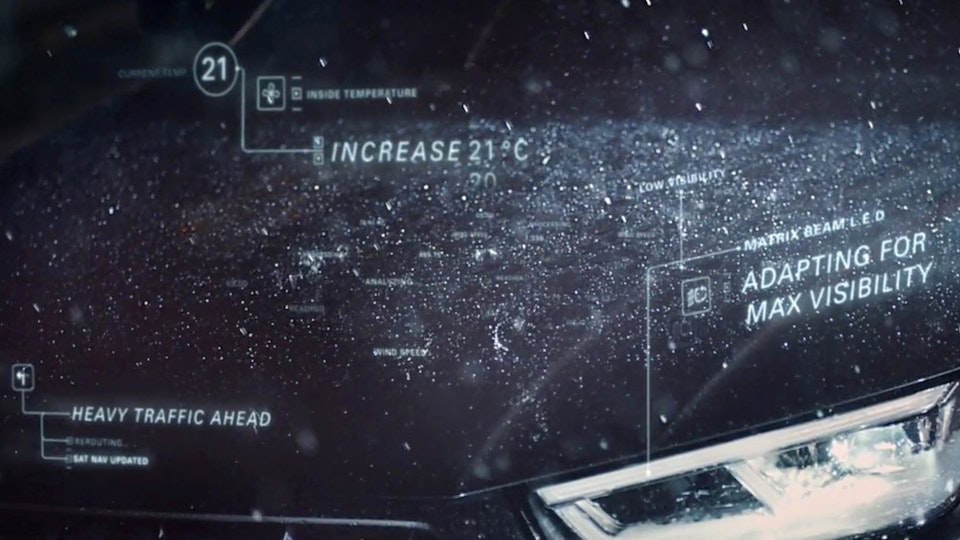 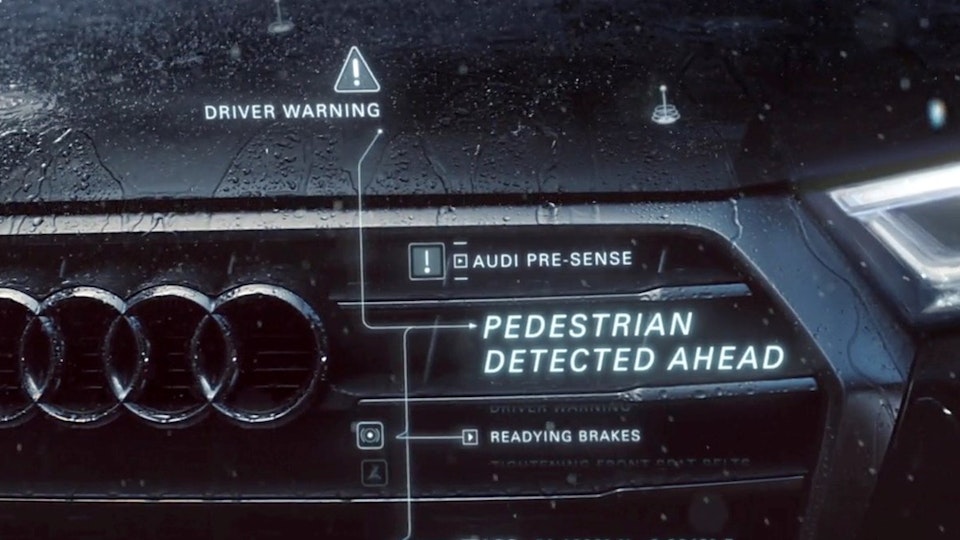 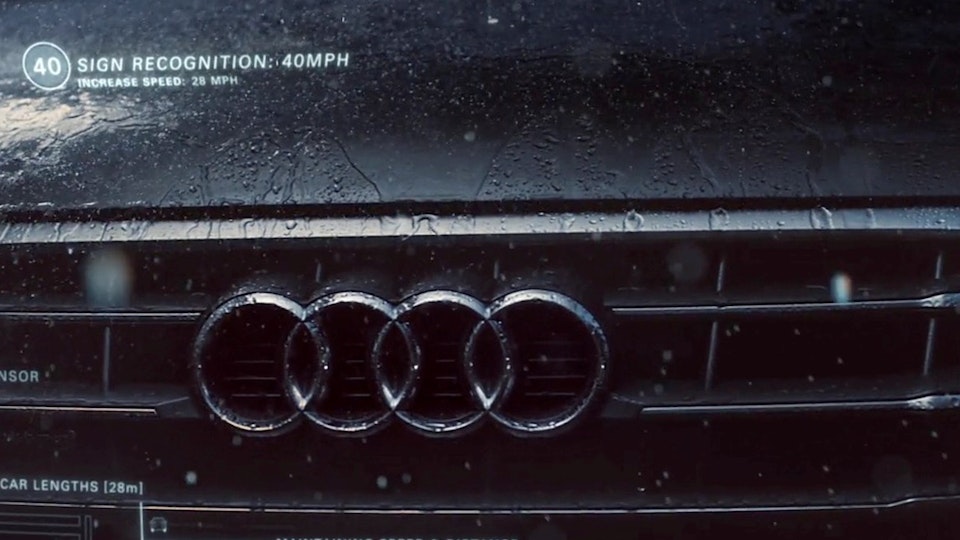 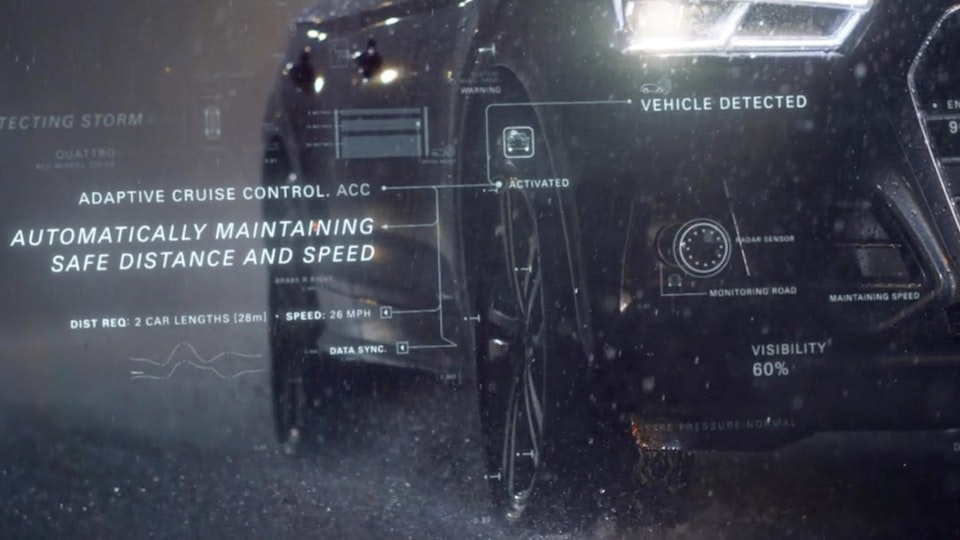 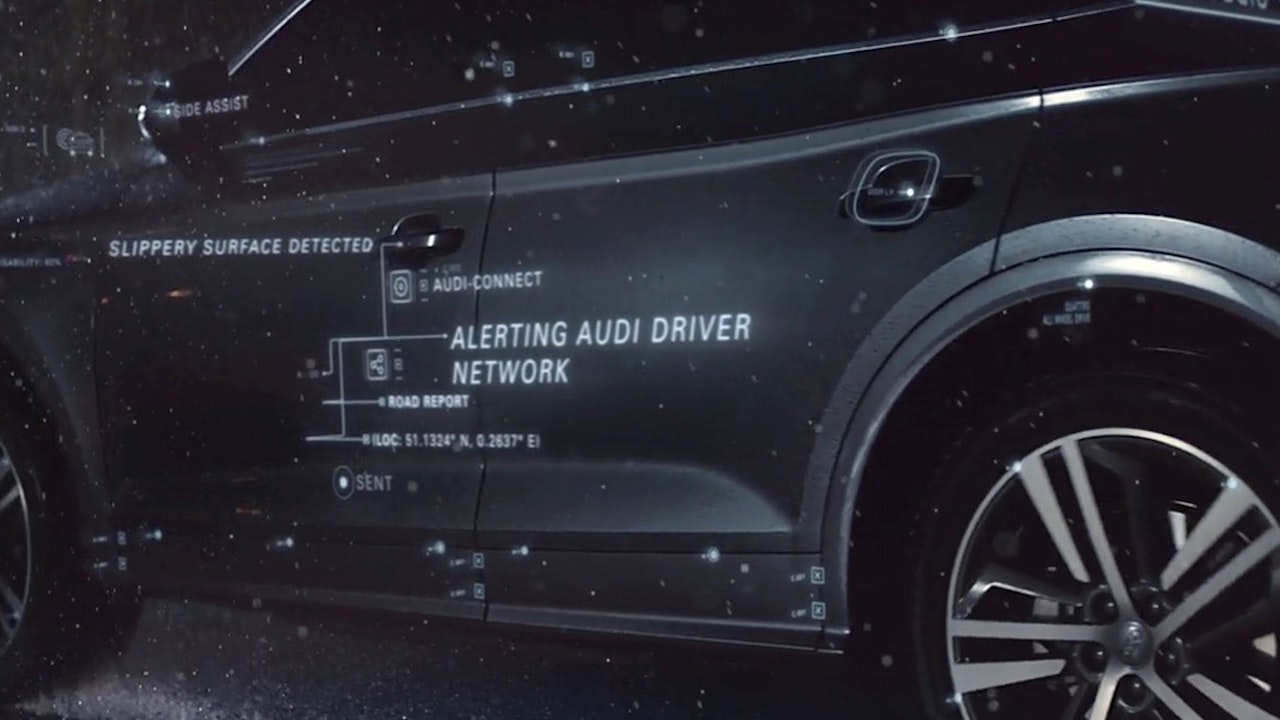 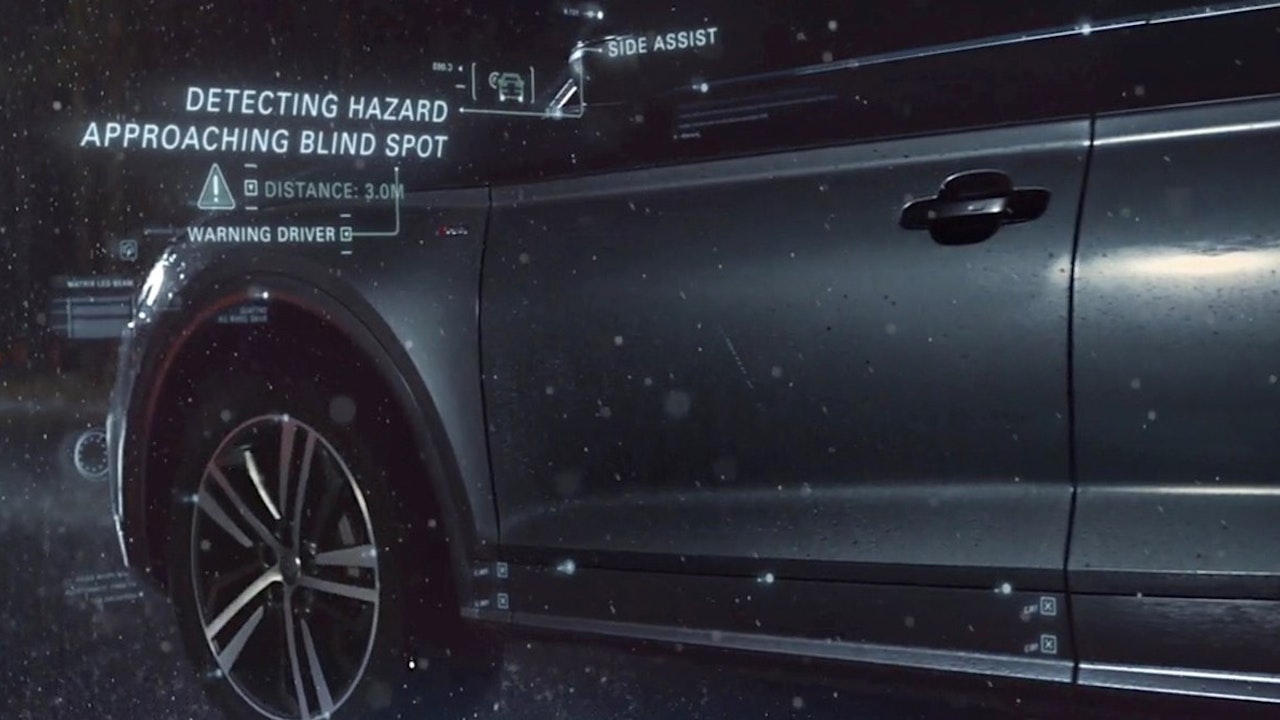 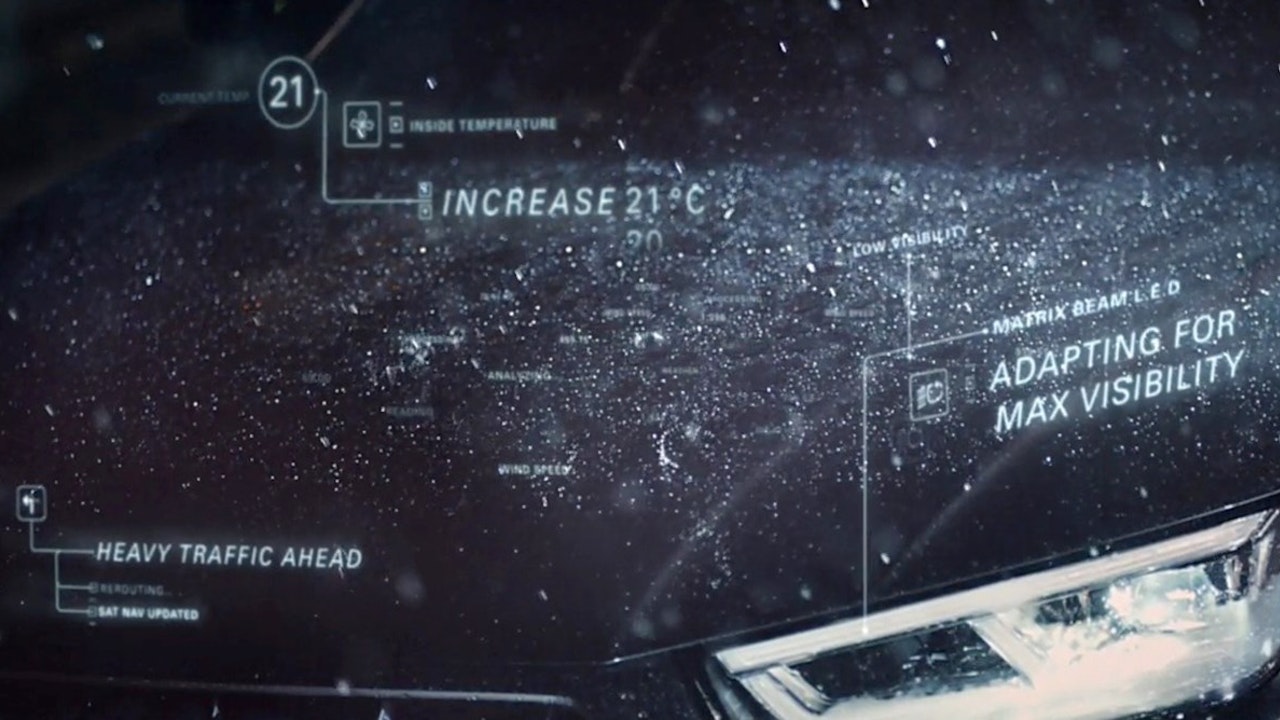 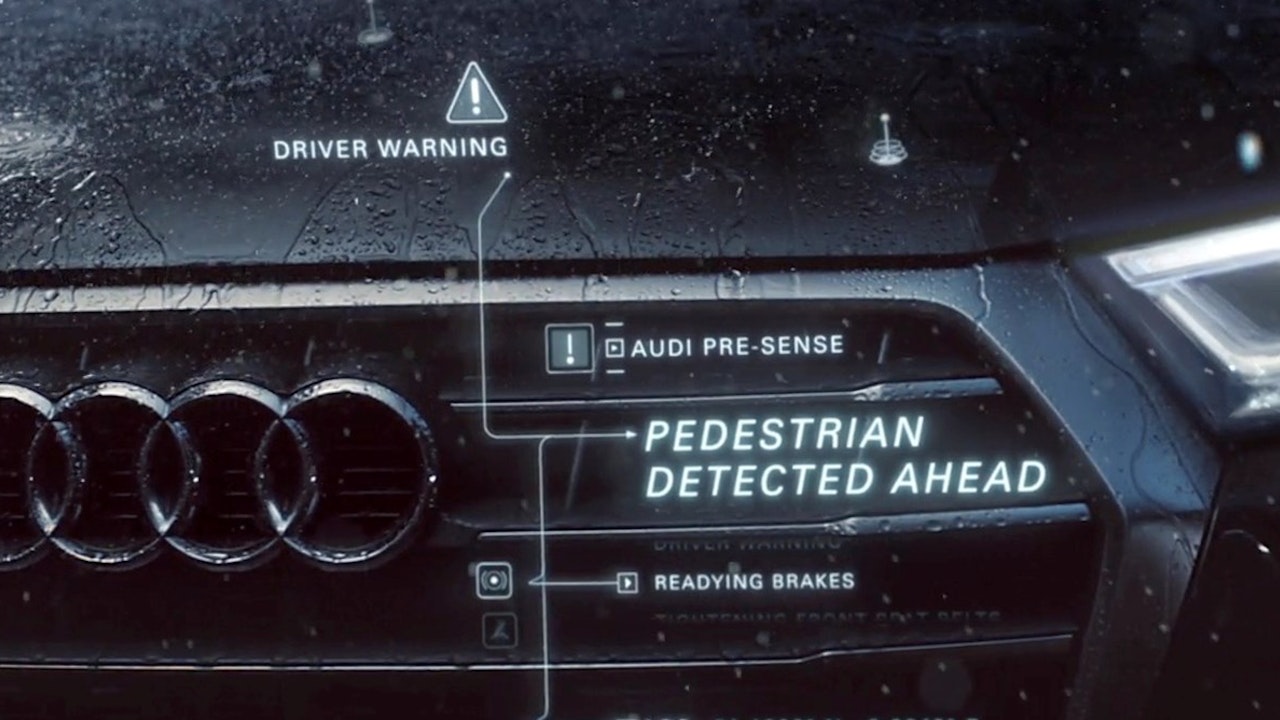 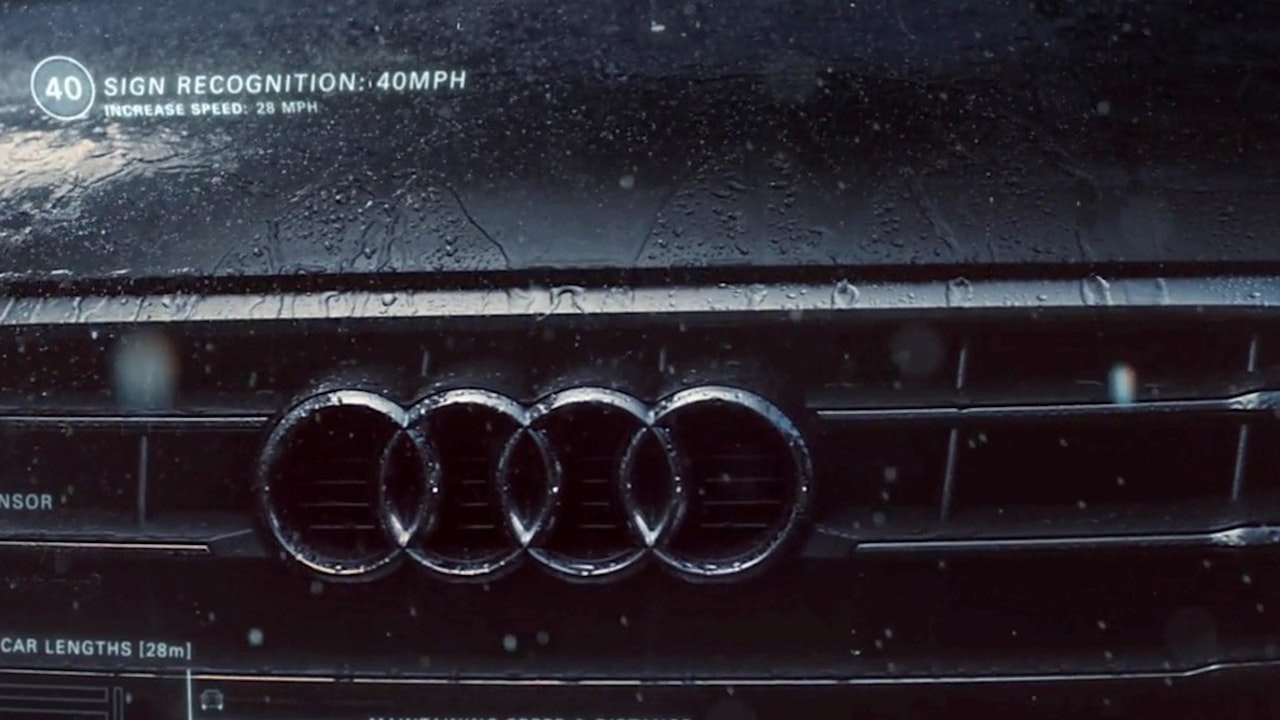 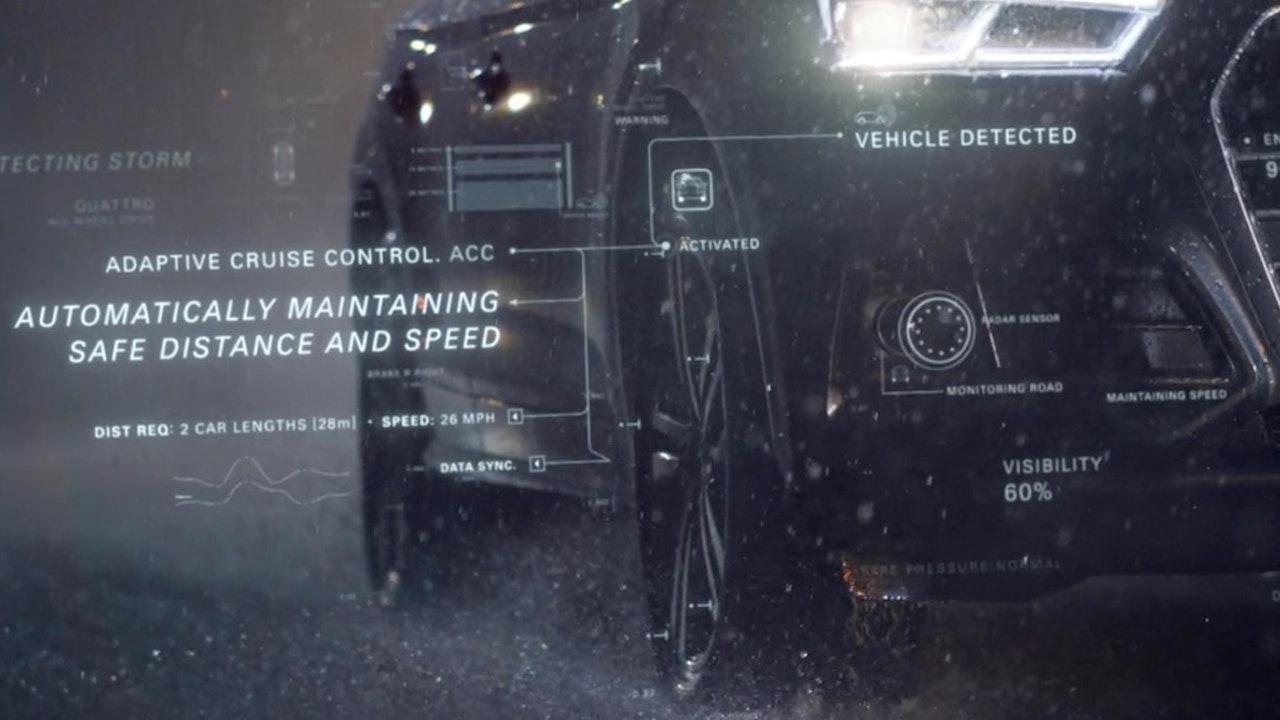 I was very fortunate to be able to work on Audi UK's atmospheric and beautifully shot new TV commercial. ‘React' demonstrates in super slow-motion the Audi intelligence built into its recent, new and forthcoming Q5 models.

In the spot written by BBH London and directed by Alan Bibby through MPC Creative, the ad depicts an Audi elegantly driving through a storm. The car and film slow down to adapt to the conditions, and the car is captured in one paused moment in time against a backdrop of rain as graphics attempt to explain the complex technological decisions it makes every split second.

The graphics, which were creatively directed by MPC Design's Creative Director Ryan Jefferson Hays, are instrumental to the narrative in this high-end production, in which design and animation are seamlessly integrated into an epic high speed live action night shoot.

Alan Bibby, Director, says:“I was instantly drawn to the concept from the moment I read the script because it’s the sort of challenge I find the most intriguing: how do you articulate a complex idea in a elegant and visually compelling fashion? Getting that to happen was an intensely collaborative, process, from a directorial, creative and design perspective – and an intensely rewarding one.”

This stylish creative production has received a great mention in Campaign, got rated as Ads of Brands ‘ad of the day’, and David Reviews gives it an impressive four stars, writing: ‘Measured and methodical, the ad trades glamorous locales and revving engines for a technical showcase.’